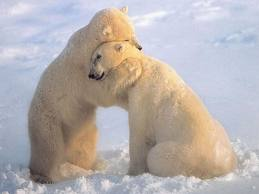 Not as Easy as You May Think

FOUR HUNDRED YEARS AGO Sir Francis Bacon, the Great English philosopher and essayist, wrote that “Friendship increases in visiting friends, but in visiting them seldom”.  While it is true that an occasional visit can go a long way to sustaining a friendship, these days it seems sometimes that, if the Canadian immigration authorities had their way, friends would never visit at all.

Over the years I have had many clients attend at my office complaining that their friends and family have been denied a visa to come to Canada to visit them.  Invariably the Canadian host is hurt at not being able to reciprocate for the hospitality received overseas, and angered that their own government could be so callous and unfeeling.

Recently I heard another one of these stories, this one from a client living abroad who wanted to bring his girlfriend with him to Canada to attend a wedding of friends, to see the country and to experience Canadian culture.  He and his girlfriend together filed the application for a visitor’s visa for the girlfriend.  I received permission to reproduce the tale here.  What follows is a précis of the account provided to me, with names, dates and places changed for privacy reasons:

We amassed all of the documents for the application and were given an appointment at the Canadian Embassy in Pretoria on September 14th. We had purchased return airline tickets (one of the suggested enclosures for the application) as well as a car rental, to and from Pearson Airport, for January 7th to February 8th.

My formal letter of invitation gave my word that my girlfriend would be staying with me at my house in Ontario (I enclosed a 2013 tax bill proving that I HAVE a house), and gave my word that we would be returning to Africa at the end of our stay.

Ten of my long-term friends, including distinguished university professors, lawyers, social workers and cultural workers took time out of their busy schedules to write letters of support, testifying to my honesty and integrity.  They also stated that I have known my girlfriend and her family for over two years and that in June of last year I moved to South Africa, with my dog, to be with her on a more permanent basis.

We travelled to the capital two days ahead of time to be certain we could find the Embassy and arrive in good time for the 8:00 AM appointment. Pretoria is a 12-hour journey, over three sets of mountains, from where we live.  We arrived in good time and only had to wait for two hours outside the visa office.

There were many delays because it turns out that the Visa Office only accepts certified cheques for the visa fee if they are certified by the bank used by the Embassy.  A number of people had to go and get new certification.  Our cheque was also for the wrong amount – ten rand too much – so of course we also had to go and change the amount and get it re-certified by the ONLY acceptable bank, apparently.

Many people also had to get the bar code from the application printed.  It says on the application that you can fill it out by hand if you don’t have a computer, but when it comes to the crunch, you actually HAVE to have the bar code, which can only be generated electronically.  Even the very patient South Africans were a trifle weary and impatient with this ordeal and this misinformation.

Our “interview” was with an unnamed woman who sat behind glass whilst we stood.  It lasted less than five minutes whilst she paged through the application.  She then gave us a slip of paper and told us to come back in a week.  I told her it was a costly 12-hour drive from where we live.  She replied that those were the rules.  I asked her if we came back in a week, would we get a visa.  She said “You will get the answer.”

After much discussion, we decided it was too far and too fatiguing to travel all the way back home, only to return in a week.  Instead, we imposed on the hospitality of friends who lived only four hours from the capital.

When we arrived for our second interview, I was told that my presence in line with my girlfriend would “cause problems” for the other South Africans in line.   I explained that, for the purposes of the application, I was her representative, and that we had submitted the correct forms for this.  No matter, they said, I’d have to wait somewhere else.  I left.

My girlfriend returned to the car some time later to say that our application had been rejected.  The second interview consisted merely of some of her documents being returned with a form letter, rejecting the application.  The form letter from the visa officer (unnamed) said “you have not satisfied me that you would leave Canada at the end of your stay as a temporary resident. In reaching this decision, I considered several factors, including: your current employment situation; and your personal assets and financial status”.

The officer also ticked the box which stated: “I am not satisfied that you have sufficient funds, including income or assets, to carry out your stated purpose in going to Canada or to maintain yourself while in Canada and to affect your departure.”

Clearly these reasons were disingenuous at best, since we submitted official dated and stamped documents proving that my girlfriend has, in fact, two jobs (her family owns and operates a successful and expanding business, my girlfriend manages the business, directs a related operation and also works as a contractor for another company) as well as the equivalent of about CAN$25,000.00 in her current account.

Apparently the return plane tickets, car rental, invitation from me, letters from ten of my friends and her financial records were not enough to satisfy the officer, or else he thought we were all lying to Canadian Officials.  Interestingly, the bank statement was NOT returned with the other documents.  I have written to the Embassy noting its absence and asking for a response.  I also asked for guidelines on how much money would satisfy the visa officer as sufficient to stay at my home for a month.  I have yet to receive a response.

As I have written above, this is just one of many similar stories I have heard, each one a tragic event for the persons concerned.  I have heard them from Canadians seeking to bring in family and friends from a variety of different visa posts but, as visas are not required to travel to Canada from all countries, generally the stories involve visa posts located in or serving refugee-producing or economically-disadvantaged countries.

Why is it so difficult for Canadian government officials to be convinced to issue a visitor’s visa?  Clearly Canadians want to visit with non-Canadians, and our transportation, commercial and tourist sector stands to benefit if visitors are allow to come here.  No doubt in this case the couple marrying in Canada would have been delighted to have guests travel so far to celebrate their nuptials with them.

I believe the answer lies in the Canadian immigration authorities’ deep suspicion that some visitors may not be visitors at all, but may be seeking to come to Canada for unauthorized purposes, such as to work, to take advantage of our health or welfare system, or perhaps to remain here permanently.

While this approach to the issuance of visitor’s visas is an understandable method of protecting Canada’s financial interests and the integrity and viability of its social programs, it is extremely frustrating on the personal level, as my client aptly illustrated above.  Further, it is contrary to a stated purpose of Canadian immigration law, which provides that it is an objective of the Act: “to facilitate the entry of visitors, students and temporary workers for purposes such as trade, commerce, tourism, international understanding and cultural, educational and scientific activities”.

My client and his girlfriend would no doubt have questions about the extent to which their visit to Canada was “facilitated”!

Increasingly the Federal Court is overturning visa office decisions that deny visitor’s visas perversely or without due attention to the materials filed.  However, applying to court is an expensive remedy, and is not always effective, as even if the court agrees that the application was improperly refused, it is generally returned to the visa office to be reconsidered.  From colleagues I have heard tell of reconsidered applications being refused a second time, despite the intervention of the Federal Court.

What can be done in the circumstances?  Anyone who says that they can guarantee that a visitor visa will be issued to you is blowing smoke: there are no guarantees.  However, if time and energy is invested in framing, completing and substantiating the application properly the first time you will stand a much better chance of success.  Remember, each refused application adds a black mark to the record to be considered by the immigration authorities the next time you submit one!

According to a poll conducted by TransAtlantic Trends, the answer is “yes”.

Of the Canadians polled, only 25% felt that immigration was more of a problem than an opportunity, a lower percentage than for all other countries. Also, Canadians more than those of the other countries polled want immigrants to have the same political participatory rights as native-born citizens, and three-quarters of the Canadians polled support giving immigrants the same social benefits as native-born citizens.

The results of the polling suggest that Canada is still a welcoming nation. To the immigrants and prospective immigrants out there, welcome to Canada!