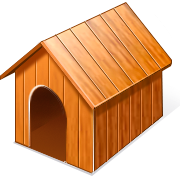 THANH TAM TRAN left Vietnam in 1989 and became a permanent resident of Canada.  Twenty-four years later he was convicted in British Columbia of producing marihuana and given a 12-month conditional sentence.  Such a sentence is imposed as a term of imprisonment, but one which, because of the relatively innocuous nature of the particular offender, may be served in the community on strict terms and conditions.  In popular parlance a person on conditional sentence is said to be under “house arrest” because they usually must remain in their house either around the clock or during certain specified hours.

Conditional sentences were introduced in 1995 in response to what was perceived to be the too-frequent imposition of jail sentences.They are only available where the sentence to be imposed is under two years, the crime committed does not have a minimum sentence and the sentencing judge is satisfied that community safety will not be threatened by the house arrest of the offender.  They are useful because the offender may be able to continue to work or otherwise provide for himself or his family while under sentence, or may attend school or medical appointments.  They also save the government a good deal of money by reducing the jail population.  Compliance is monitored, and if the offender breaches the sentence, there is a hearing, and he may be committed to jail for the balance of the term.

When the immigration authorities employed Mr. Tran’s conviction as a basis for referring him for deportation, he applied to the Federal Court to stop the process from going further.  He argued that, according to the terms of the law, his conditional sentence was not serious enough to warrant the termination of his permanent resident status and removal from Canada.  The central question for determination by the Court in his case was whether or not Mr. Tran’s sentence met the threshold for his deportation.

Under Canada’s immigration statute a permanent resident may be ordered deported if he has been convicted of a crime which drew a sentence of six months in jail or more, or for which a maximum sentence of ten years in jail or more might be imposed.  Was Mr. Tran’s 12-month conditional sentence such a sentence?

Justice O’Reilly of the Court found that it was not.  He concluded that, while a conditional sentence may in some circumstances be characterized as a term of imprisonment, the context of the characterization is critical.  Conditional sentences, he noted, were conceived for those offenders who do not require actual incarceration, and not for those who have been engaged in “serious criminality”, as contemplated under Canadian immigration law.  The threshold in the immigration statute relates to actual time in prison, not time spent under house arrest, the Court observed.

Also addressed in the decision was the issue of the maximum possible sentence for the offence which the Court found should be assessed as of the date of conviction, not the date of its referral to the immigration decision-maker.  Further, the Court found the Immigration Officer’s referral to be unreasonable because it relied on arrests and charges as evidence of Mr. Tran’s ongoing criminal behaviour, although they were unproven allegations.

However the key aspect of this case going forward is the finding regarding conditional sentences.  If, as Justice O’Rielly found, they may not be described as terms of imprisonment, then those permanent residents sentenced to house arrest for periods of up to two years less a day may not be deportable.  Further, those already ordered deported for offences for which conditional sentences were imposed or who have been sponsored by a spouse but found inadmissible in similar circumstances may have a remedy to challenge that deportation that could include the right of appeal to the Immigration and Refugee Board (Immigration Appeal Division).

It should be noted that the Federal Court did certify two questions for the appeal of its decision respecting Mr. Tran, one on the conditional sentence issue and the other on retroactivity.   In the circumstances these issues cannot be said to be resolved and caution should still be exercised in making submissions respecting the sentencing of permanent residents.

The Omar Ghazal case reminds us that sometimes mum really does know best: you should always keep your hands clean!

Mr. Ghazal was convicted in Canada of criminal offences which are considered under immigration legislation to be serious.  As a result, he was ordered deported.  When the time came for him to leave Canada he did not show up for his scheduled departure, and he misidentified himself to the police.

It is not clear from the facts of this case set out in the reasons for decision whether Mr. Ghazal had lived in Canada for a long time, had family here, or was rehabilitated.  What is clear is that Mr. Justice Shore of the Federal Court felt that none of those issues made a difference as Mr. Ghazal did not have “clean hands”.

As the Court stated, “A stay of the removal is an injunction, therefore an exceptional measure.  It is a measure that is not granted to a person who does not have clean hands.  Knowing that the applicant did not appear for his last removal date, with his criminal past and that he was arrested and detained to ensure that he not become illegal again is sufficient to refuse to hear the stay motion”, and so Mr. Ghazal was sent packing without the opportunity to make his case to remain in Canada.

Unfortunately for him, Mr. Ghazal’s past had finally caught up with him.  He had run afoul of the principle that “he who seeks equity must do equity”, which I feel is more clearly stated as “equity will not grant relief from a self-created hardship”.

While it is not uncommon for those facing removal from Canada to obtain an order that their removal be stopped, Mr. Ghazal was denied the opportunity to even argue for one.  The Court found that because he had broken the rules he had created the hardship from which he now wished to be extricated, and therefore he was not deserving of the exercise of the special authority the Court has to relieve unfairness in the application of the law.  Mr. Ghazal was out of luck because he had failed to keep his hands clean.  Don’t let it happen to you!