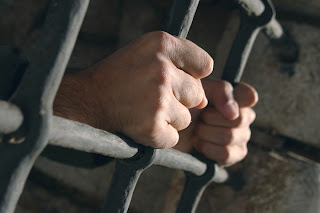 IT’S HARD IN PRISON, but it’s harder if you are not a Canadian citizen.  Jamaican citizen John McLeod, who is incarcerated in a Canadian prison, and who is the subject of a deportation order, has learned that lesson well.

In Canada the inter-relation of provisions of the immigration and correctional law results in the removal from the country of deportable inmates as soon as they get parole.  As they are turned over for deportation as soon as they get out of jail, non-Canadians are denied the possibility of enhancing their rehabilitation through day parole and supervision in the community, something available to their Canadian counterparts.  Is this unequal treatment consistent with our Charter of Rights and Freedoms?

Mr. McLeod felt that it was not.  He asked for parole but was denied it, so he challenged the laws that prevented him from having the benefit of day parole and a gradual release back into the community.  Although the fine contours of his argument were not clearly stated in the court’s judgment, Mr. McLeod seemed to be suggesting that he wanted to have the benefit of day parole and that, if had had that benefit, he might have been in a better position to get full parole later because, by obtaining and then successfully completing day parole, he could have proved he was ready for full parole.

It is certainly the case that a Canadian in Mr. McLeod’s situation would have had a better shot at parole than Mr. McLeod did.  A Canadian could have argued that although he might not yet be ready for full release into the community (full parole), he could at least meet the lower standard necessary to establish he could function at a halfway house under much closer supervision (day parole).  Mr. McLeod did not have that option as, if he had been granted day parole, he would have been immediately deported.  In other words, Mr. McLeod could not achieve his objective of securing release, because he did not have access to all of the tools that Canadians have to realize such an objective.

It should be noted that, as a practical matter, with the law as it is currently constituted, it is highly unlikely that the Parole Board of Canada, knowing that a grant of day parole would trigger Mr. McLeod’s removal from Canada, would grant him day parole.  From the perspective of the members of the Board, it would be illogical to carefully consider his plan, presented at a parole hearing, to be released to a Canadian day parole facility that he would never see, because he would be deported before he got there.  Knowing that an applicant for parole will be deported, the Board is generally only interested in considering a plan for parole for the purposes of deportation where the person before them is subject to a deportation order.  The Board Members only want to know what a person in Mr. McLeod’s situation will do when he gets back to Jamaica, as removal there is the only possible outcome of a grant of parole.

So how did the Federal Court address the issues raised by Mr. McLeod?  First, Mr. Justice Rennie said that he did not believe that there was a factual basis for addressing them at all, because the Parole Board had concluded that Mr. McLeod was not ready for any kind of parole, and therefore he was not denied parole because of the deportation order against him.

As respects the legislation, the Court noted “Parliament has the right to prescribe the conditions under which foreign nationals who are convicted in Canada will be removed from Canada” and continued:

As the applicant has no right to remain in Canada, he has no right to access Canadian society under terms and conditions that are available to Canadian citizens; hence no Charter issue arises from the decision by Parliament to link the removal to the completion of sentence, namely the first date of some form of parole eligibility.

Likewise, Mr. McLeod was not arbitrarily detained, because the loss of a day parole option for him was rationally connected to sentencing objectives within the context of having no right to remain in Canada.  While persons in Mr. McLeod’s position are treated differently than Canadian citizens, the Court noted that “not all distinctions are discriminatory” and Mr. McLeod was not denied day parole because of circumstances beyond his control, but because of the interplay between his choices not to become a citizen and to commit a crime.

As a result, it is now clear non-Canadians can be denied parole options available to Canadians, and there will be no violation of the equality, fundamental justice or arbitrary detention provisions of the Charter.  Once a non-Canadian penitentiary inmate is ordered deported, he will be removed to his country as soon as he gets full parole, which is his only release option.

Still, there was at least one question left unaddressed by the Court that might form the basis for future consideration.  Given that the promotion of international justice is an objective of immigration legislation, can it be said that that objective is achieved by deporting to another country offenders who have not had the opportunity to rehabilitate themselves through day parole and gradual release into the community?

The McLeod decision may be found here.

You Spin the Wheel