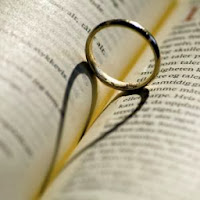 For better or for worse

HERE’S A RIDDLE FOR YOU: when is a marriage not a marriage?  An answer that you may not anticipate is, “when it is assessed by Canada Immigration”.

The reason for this may be found in the law, and in the restrictive and guarded approach to its implementation taken by Immigration Officers whose job it is to remember that, even though a Canadian permanent resident or citizen may sponsor his or her spouse, there are exceptions to that rule.

The fact is that, even though a marriage may be binding legally, morally and in church, Canada Immigration may not be satisfied that it is legitimate for its purposes.  Immigration Officers are required to apply the law, and the Immigration and Refugee Protection Regulations require that a marriage that is to be the subject of a sponsorship must be “genuine” and must not have been “entered into primarily for the purpose of acquiring and status” here.

Many spousal sponsorships have foundered on the rocks of those regulatory provisions.  Jean Rosalie Morales Laomoc, for instance, discovered to her chagrin that love, romance, marriage, five years of cohabitation and a sponsorship application package were not enough for the immigration authorities, even though she tossed in a sheaf of supporting documents for good measure.  Her application for sponsorship was refused.

Recently, upon appeal to the Federal Court, the Immigration Officer’s decision was reversed.  In his decision Mr. Justice Campbell states:

In my opinion, given the volume and apparent relevance of the documentary evidence to the issues under consideration, the Officer was required to carefully consider the evidence and to make findings with respect to its relevance and weight.  I find that the Officer’s apparent failure to perform this requirement renders the decision unreasonable.

So, in the end, in this case at least, the application for sponsorship and landing was sent back to a new immigration officer for reconsideration and hopefully, but not necessarily, for the issuance of a permanent resident visa.

Left unsaid by the Court, however, are all the legal costs and the one-year delay (so far) that the couple has experienced in returning to the starting point of filing the application in the first place.  These might have been avoided if comprehensive legal submissions were filed at the outset, or if Jean and her spouse were better prepared for the immigration interview.

This case reminds us that an ounce of professional legal advice surely is worth a pound of doing it yourself.  Getting the job done right in the first place spares no end of grief.  If you would like to read the case, you can find it here.

You Spin the Wheel