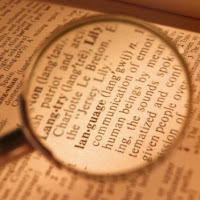 THE CITIZENSHIP ACT provides that Canadian citizenship shall be granted to any person who meets certain criteria. These criteria include having “an adequate knowledge of one of the official languages of Canada”.  What does that mean?

Alkaben Jayantkumar Desai knows what it does not mean.  A citizen of India, Ms. Desai became a permanent resident of Canada on May 12, 2006.  She applied for Canadian citizenship three years later.  After writing her citizenship test she attended for a hearing before a judge and was refused citizenship because her knowledge of English was found to be inadequate.

The Citizenship Regulations provide that “A person is considered to have an adequate knowledge of one of the official languages of Canada if they demonstrate that they have competence in basic communication in that language such that they are able to (a) take part in short, routine conversations about everyday topics; (b) understand simple instructions and directions; (c) use basic grammar, including simple structures and tenses, in oral communication; and (d) use vocabulary that is adequate for routine oral communication.”

Ms. Desai appealed the refusal of the denial of her citizenship application to the Federal Court (Trial Division).  She argued that she answered the questions put to her by the Citizenship Judge, and that the standard of language skills that were required for her to obtain citizenship was not sufficiently clear. Mr. Justice Manson of the Court disagreed, stating that it was “reasonable for the Citizenship Judge to find the answers did not meet the basic level required”.  He concluded “The Citizenship Judge provided a proper contextual basis for his reasons and I find the Judge’s decision both reasonable and acceptable”, and he dismissed her appeal.

As of November 1, 2012, applicants aged 18 to 54 must demonstrate their language ability by submitting with their applications proof of their ability to speak and listen in either English or French. This proof may consist of:

Citizenship and Immigration office staff will continue to assess applicants’ language skills, but the Citizenship Judge will make the final decision respecting all applications.

To read the Desai case, the citation for which is Desai v. Canada (Citizenship and Immigration), 2013 FC 194, please click here.