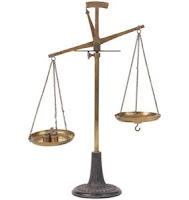 THE GRANT OF REFUGEE STATUS protects its subject from being returned to a country in which persecution might be experienced.  In many cases, the determination of whether or not status should be granted can be a matter of life and death.  As Canada’s Minister of Citizenship and Immigration has implicitly acknowledged in justifying his reform of refugee procedures, it is important that the process of granting refugee status generate accurate results so that genuine refugees will be protected.

Over the years many natives of Sri Lanka have claimed refugee status in Canada, as that country has been engaged in a brutal decades-long civil war that has generally pitted the majority Sinhalese community against the minority Tamil community, and vice versa.  Thousands have been killed in the fighting, and there have been many atrocities and much torture.

As requested by his lawyer, Mr. Mayilvahanam attended at the premises of the Immigration and Refugee Board and made the request for another adjournment of the hearing.  The Board, however, was unreceptive.  During an exchange about what should be done about the problem, Mr. Mayilvahanam stated and then confirmed that he could not proceed on his own, without his lawyer.  Having warned him that it might do so, the Board then deemed the claim abandoned, as the case had been ongoing for 18 months.  Mr. Mayilvahanam had lost his case before it was even heard.

To Mr. Mayilvahanam this did not seem fair, and so he asked the Federal Court (Trial Division) to have a look at the decision of the Board.  In rendering his decision, Mr. Justice Phelan reviewed the law, indicating that “the test for abandonment is showing that an applicant has no interest in proceeding with his claim” and that “The evidence here is that the Applicant wished to proceed but was left on his own by counsel.”  He continued: “The Member did not take into account all the relevant facts but merely focused on the length of time that the application had been in the IRB system”, and concluded “The IRB’s decision was unfair and unreasonable, narrow in its reasoning and devoid of fairness. The only abandonment was by counsel.”

As a result of the Court’s ruling, Mr. Mayilvahanam got the opportunity to have his case re-instated so that it could be heard properly, presumably with different counsel.  He was fortunate in this, as many, many cases are deemed abandoned every year without review by the Federal Court, often with tragic results.  Don’t let it happen to you!